The Headlines You Need To Read 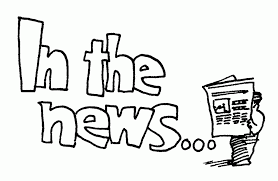 A commission set up in April to establish whether a wealth tax could work in Britain has said a one-off tax of 5% on assets above £500,000, including pensions but excluding mortgage debt, would raise more than £260bn. About 8m UK residents would be liable to pay and the proposals suggest individuals would be allowed to pay in five equal instalments over five years, based on the market value of their assets at a specific date. The Wealth Tax Commission is led by Arun Advani, an assistant professor at Warwick University, Andy Summers, an associate professor of law at the London School of Economics, and Emma Chamberlain, a barrister at Pump Court Tax Chambers. They drew on the advice of 50 international experts. Lord O’Donnell, a former Cabinet Secretary, said in the report’s introduction: “It is broadly accepted that if the prime minister is to stand by his promise not to return to austerity then taxes will eventually have to rise. This will mean breaking another manifesto commitment. Or it means thinking seriously about new taxes.”

Boris Johnson has pledged an overhaul of business taxes in a bid to drive Britain’s post-coronavirus recovery. The Prime Minister said the Government would be looking at taxation and regulation in a bid to encourage and support businesses. During an online Q&A, Mr Johnson said Chancellor Rishi Sunak is looking at the fiscal and regulatory environment required “to make sure that this is the best place in the world to start a business, the best place to invest.” The Telegraph’s Harry Yorke says the PM’s comments could “set him on a collision course with fiscal hawks in the Treasury”, with the Chancellor considering ways to cover the nation’s coronavirus costs. The paper says that while Mr Sunak is studying proposals that suggest bringing capital gains in line with income tax and mulling a cut in pensions tax relief for higher earners, he is understood to be sympathetic to calls for cuts to business rates. The FT notes that the Chancellor hinted in his spending review that tax rises may be imminent, with the outlook for public finances “clearly unsustainable”.

Eurosceptic Tory MP Jacob Rees-Mogg has cautioned the Chancellor against breaking a promise not to increase taxes, stating doing so will lose the party the next general election. Speaking on his fortnightly podcast on the Conservative Home website, Mr Rees-Mogg said: “No sensible party or government ever breaks manifesto commitments willy nilly: it needs extraordinary circumstances and it also needs public consent.” The Tory manifesto pledged a tax triple-lock to freeze rates of income tax, national insurance and VAT for five years. Asked whether Mr Sunak could keep the promise by raising income tax thresholds instead of the rate itself, Mr Rees-Mogg warned: “It undermines trust in politics. It’s a mistake to think you can follow the letter of a manifesto promise but not the spirit of it.” He continued: “It’s not for me to try and influence what the chancellor’s going to do so it’s best if I talk about these things in general economic terms rather than the specifics. But I think most people would agree that at the point at which an economy is coming out of an extraordinarily deep slump, that is not the time when you want to slap the economy down with higher taxes.”

Entrepreneurs warn against raid on CGT

More than 2,200 entrepreneurs have signed an open letter to the Chancellor urging him to scrap plans to align capital gains tax with income tax, warning it would stifle innovation and discourage risk-taking. Rishi Sunak is considering plans to equalise the taxes, which could see many business owners paying CGT at the higher rate of 45%. The letter, organised by Lord Leigh, founder of Cavendish Corporate Finance, and Shalini Khemka, chief executive of entrepreneurs’ group E2E, says CGT must remain at an “appropriate level to reflect the risk we have taken and the prosperity we have brought to others in creating a new enterprise”.

Jim Harra, the CEO of HMRC, has said customs paperwork will burden British businesses with an additional £7.5bn in costs next year. Due to the UK leaving the bloc’s customs union and single market, thousands of businesses trading with the EU after the transition period in January will be required to fill in customs declarations for the first time. Harra stressed that the costs will apply regardless of whether a trade deal is agreed or not.

Boris Johnson announced a shake-up of Government export finance on Monday as part of efforts to support small businesses looking to enter new markets after Brexit. The new scheme, to be run by UK Export Finance, will see the state provide an 80% guarantee on bank loans of up to £25m to help companies with general exporting costs. In a message to businesses posted on his LinkedIn page, the Prime Minister said: “This will free up crucial working capital to help you scale up your business operations and get exporting.” He added: “Small businesses are the lifeblood of our economy. As businesses bounce back from COVID-19, this new export finance guarantee will help bring new trading opportunities to companies in every part of the country.”

The Treasury should map out a new wave of stimulus in the event of a no-deal Brexit, the Institute of Directors has said. “A disorderly no deal could hurt British business on a number of fronts,” said Tej Parikh, the business group’s chief economist. “To ease these challenges, the Government should provide financial support to small firms with exposure to the fall-out. Vouchers to access specialist or legal advice on adjustments would be one option, as would making efforts to transition more tax efficient. Leniency on tax deadlines would also give businesses some room to manoeuvre.”

Business leaders and tax experts have drawn up a rescue scheme for two million business owners currently locked out of coronavirus support. The Directors Income Support Scheme – designed by the Federation of Small Businesses, the Association of Chartered Certified Accountants and campaign group Forgotten Ltd – would be a grant based on the trading profits of small, actively trading companies. The idea will be discussed at a meeting with Jesse Norman, the Treasury minister, according to the Telegraph. Craig Beaumont, of the FSB, said: “Directors have set themselves up the right way, and paid their taxes just like everyone else, but have not received the income support lifeline.”

HSBC, NatWest and Lloyds Banking Group have temporarily halted opening new accounts for small businesses after industry data showed up to 55% of applications were potentially fraudulent. Smaller banks including Virgin Money and Metro Bank have also put a block on new small business accounts. One source told the Mail that just 15% of those applying ended up opening a current account after identity and fraud checks, meaning vast resources were being wasted. Kevin Hollinrake, Tory MP and chairman of the All Party Parliamentary Group on Fair Business Banking, commented: “You have people made redundant who want to open businesses, yet we’re closing the door to them. The banks doing this are excluding our most important sector that drives economic activity.”

Labour Party analysis suggests an estimated 390,000 small businesses are worried they will not survive the next three months. The report says around 1m small businesses do not have cash reserves to last beyond three months, with more than 520,000 small firms having seen turnover fall by more than half amid the pandemic, even before the recent England-wide lockdown. Labour says a majority of businesses forced to close during the latest lockdown received smaller Government grants than during the initial shutdown, with most seeing payouts a third or half of those received in March. Shadow Business Secretary Ed Miliband said: “Small businesses are being let down by shrinking government grants … Unless ministers change course we’ll see hardworking businesses go bust and high streets crumbling before winter is through.”

With vaccines set for mass roll-outs in the UK, business confidence is soaring to levels not seen since the lockdown in March, according to a survey by the Institute of Directors (IoD). Net optimism rose by 16 points but pessimism about the long-term prospects for the British economy remains with only one in four business leaders feeling upbeat about the economy next year. Tej Parikh, chief economist at the IoD, said: “The arrival of the vaccine provides some light at the end of the tunnel.” However, he added: “The prospect of a recovery makes it all the more important to support businesses for the time being. It would be a crying shame to see viable companies collapse just as the vaccine was round the corner.” Brexit remains a worry for business, with half of companies surveyed saying the lack of clarity over trading rules with the EU after Brexit was causing concern.

Use our handy news filters to find what you’re looking for quickly. Search by keyword, category or tag.